But At What Price? 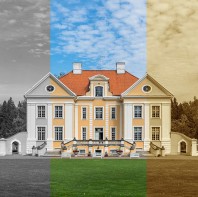 Real estate agents spend a lot of time thinking about pricing properties. In any office, “Do you have a second?” is usually followed up with a pricing opinion question. Agents discuss, debate and defend the merits of pricing based on their favorite methods, be it average sold price per square foot, sales price to list price ratio, or days on market compared to… “Hey, did you catch ‘The Americans’ last night?”

All of that said, where one prices a property is a function of two things: market forces and ego.

In the “irrational” market, the seller prices the home at a ridiculously high price. The bigger the ego, the bigger the price. What’s interesting about this market is that the seller knows the home will not sell for the listed price, and the resulting negotiation is really just a battle of egos. Perhaps more interestingly, the higher the price, the bigger the haircut. For instance, a $22 million home will probably sell for $10 million. A $30 million will sell for $24 million. $75 million? $50 million. $150 million will sell for $80 million, $200 million for $100 million and… well, I’ll just hav etc find someone who is better at Excel and have them put it in a spread sheet.

It’s the battle of the egos that fascinates me, and along with it often comes pettiness, as the buyer or the seller (and sometimes the buyer and the seller) tries to prove that he (it’s almost always “he”) has the bigger… shoes. What’s even more fun is when one side really has nothing to prove, so the other side is forced to pound the sand harder and harder… and no matter how it ends up, in the end both sides rationalize that they got the better end of the deal.

In the rational market, even after a contentious negotiation, though they may never talk again, a seller will often leave a bottle of champagne for a buyer, along with a note that reads: “Congratulations!”

In the irrational market, I’m trying to remember if I’ve ever seen a bottle of champagne or a handwritten note of well-wishes. I do remember an angry call from a buyer who was confused as to why the staff was not included with the sale.

None of this should come as a surprise. I don’t care if the home is in Malibu, Pacific Palisades, Bel Air, Beverly or Holmby Hills — it’s all in the gravitational pull of Hollywood, and Mr. Demille, we’re all ready for our close-up, each one of us is a star.

*For anyone reading this outside of the Los Angeles area, I know it sounds crazy, but that is the rational market here.